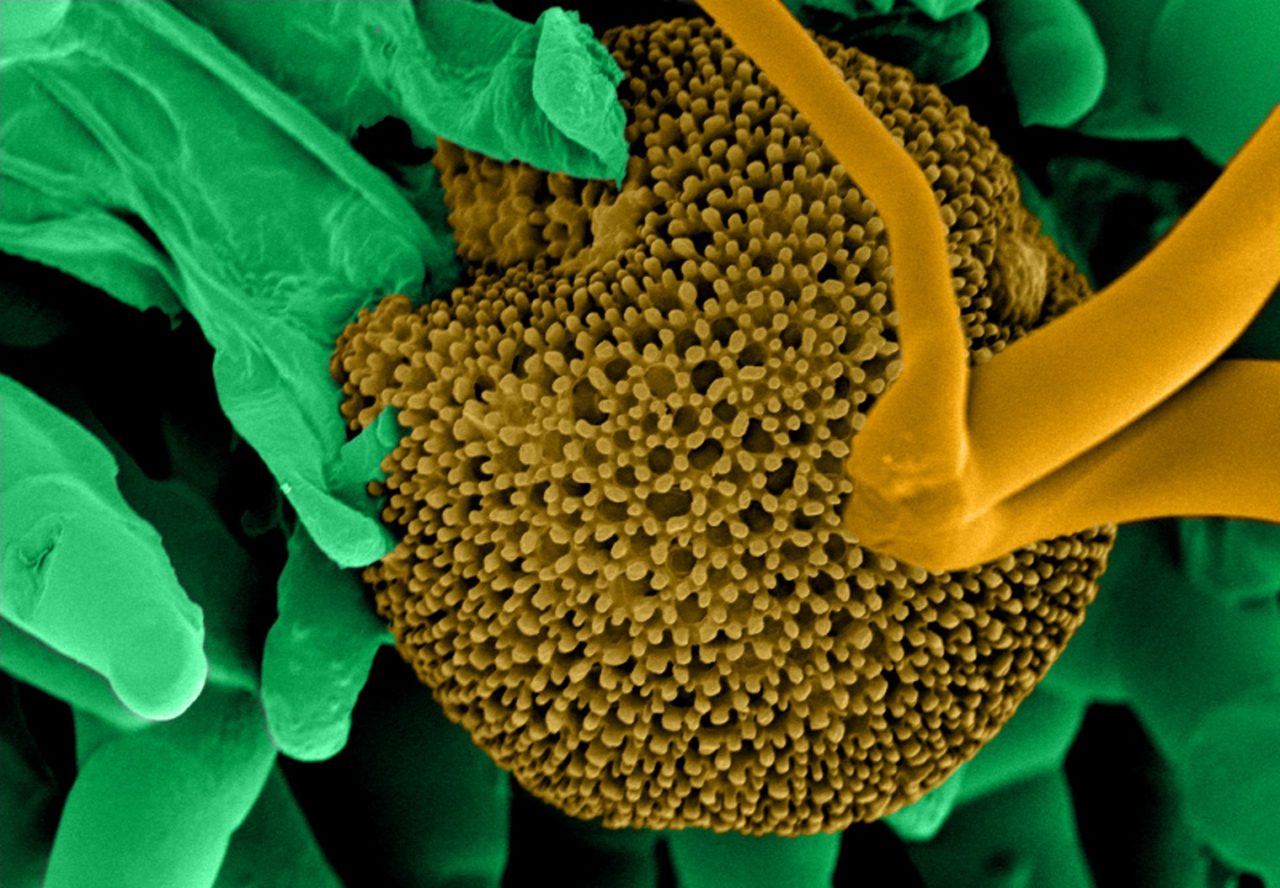 Pollen are small bioaerosol grains consisting of a single cell containing two male gametes essential for sexual reproduction of flowering plants. Typically, these bioaerosols range from 10 to 200 μm, are aerodynamic and low in density. These characteristics are essential for wind-pollination (anemophily) and/or insect-pollination (entomophily) – the transport of pollen from male stamen to the female stigma.

The grain wall is comprised of a tough chemically stable substance known as sporopollenin, which is highly resistant to environmental damage. It is punctuated with small openings called apertures which allows the male gametes to escape during pollination.

Pollen is typically classified by its 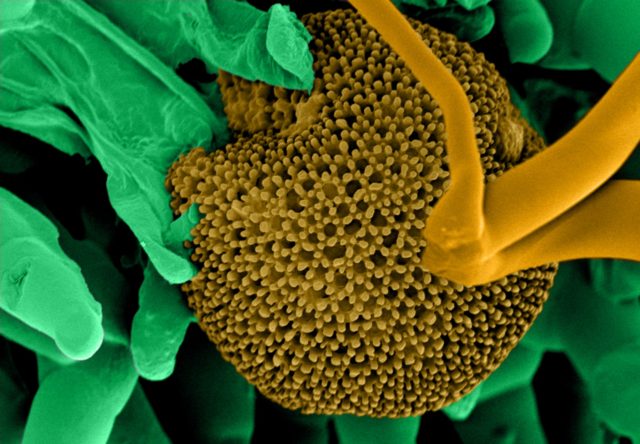 distinctive structural features, i.e., variation in size, shape, number of apertures and surface texture, which also makes it possible to identify and classify a plant at family and genus level, and often even species level.

Anemophilous (inconspicuous or non-flowering) plants typically produce enormous quantities of very lightweight pollen grains, usually with air-sacs. Whereas entomophilous (insect-loving) plants produce pollen that is relatively heavy, prickly, and sticky to cling to the insects attracted by the flowers’ nectar and showy colours.